on May 25 | in Press | by karla | with Comments Off on “Green Grass” Card Featured in 2010 National Stationery Show, Part 5: Best of the Rest

Hope you’ve enjoyed my round-ups of the National Stationery Show. There’s more I will show you in bits and pieces in the coming weeks, but this is the last round-up. So here, with no particular theme or order, is the “Best of the Rest”:

Lastly, speaking of green, I think this letterpress card ($20 for a box of 8) from newcomer Sky of Blue Cards just about sums it up: 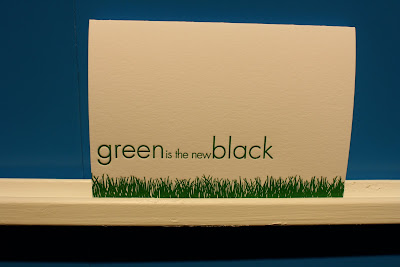